Before going home for Thanksgiving, the House passed three bills designed to fast-track permits for oil and natural gas drilling. This episode highlights the Congressmen who pushed these bills through the House.

H.R. 1965 will not become law; President Obama would veto the bill.

TITLE I, Subtitle A: Speeds Up Oil and Gas Permitting ("Streamlining Permitting of American Energy Act of 2013") Introduced by Rep. Doug Lamborn (CO-5)

The government will have 30 days to decide on a drilling permit:

If the government does not decide whether or not to issue a drilling permit in 60 days, the permit is automatically approved:

It will cost $5,000 to challenge a drilling permit in court:

Lawsuits that challenge a drilling permit must be filed within 90 days:

If a citizen wins a lawsuit challenging a drilling permit, they cannot be reimbursed for their attorney's fees and court costs:

American taxpayers will pay $50 million to map our oil and gas resources for the fossil fuel companies: 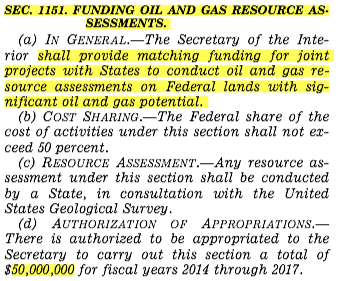 Every year, we must lease at least 25% of our available land; these leases cannot be challenged in court: 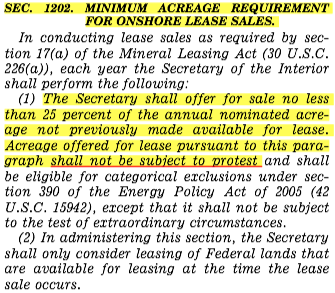 Once we lease the land to the energy companies, we can't change our minds:

Protests against lease sales that are not settled in 60 days are automatically denied:

The Bureau of Land Management Instruction Memorandum 2010-117 - a process that examines environmental concerns and involves the public in oil and gas leasing decisions - will have "no force or effect".

Oil Shale is a technology - that still doesn't work - which involves melting rocks to access the oil inside of them: Regulations for oil shale will return to the regulations issued by the George W. Bush administration: 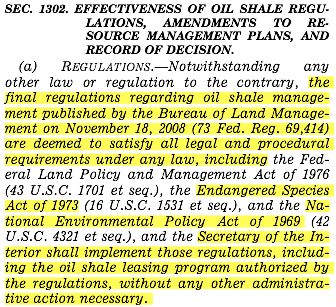 The Bush administration regulations - would would come back - require fewer environmental studies and allows oil companies decide which new regulations to obey: 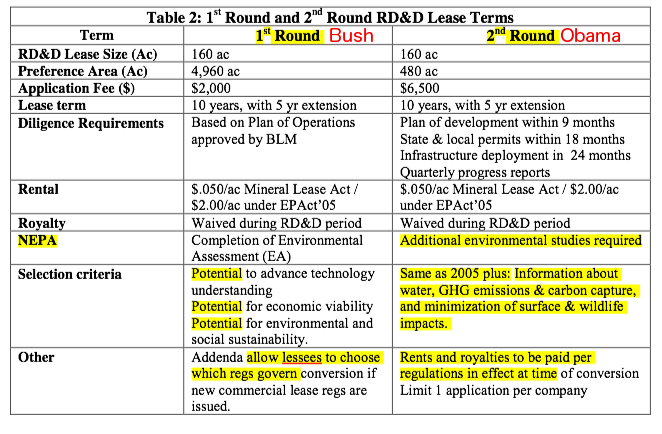 We would have to lease at least 125,000 additional acres to the oil companies for oil shale experimentation:

The national policy of the United States will be to drill, baby, drill in Alaska; we must give the oil companies at least 10 leases by 2023: 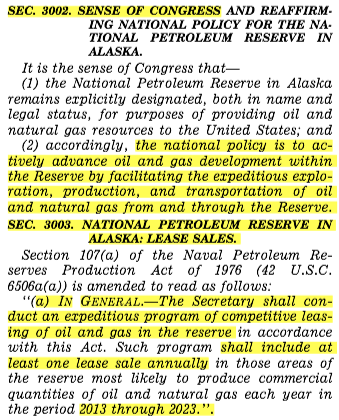 We will throw out a completed Environmental Impact Statement and replace it with one designed to "promote efficient and maximum development of oil and natural gas resources" of the Alaska Petroleum Reserve: 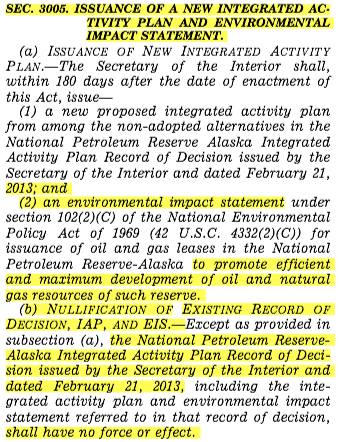 Appraisals that determine the market value of Native American land will be automatically approved after 60 days:

Environmental reviews of projects on Native American lands will not be available to the public; only Native Americans and local residents can get access: 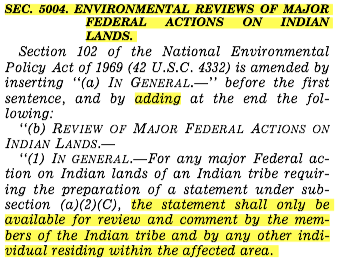 Native Americans can not file a lawsuit against a drilling lease after 60 days; they cannot file lawsuits locally, only in Washington D.C.: 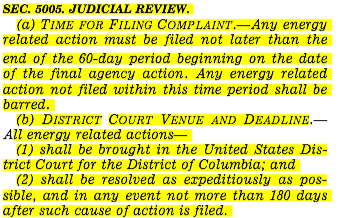 If Native Americans win a lawsuit against the United State government challenging a drilling decision, they cannot be paid for their court costs:

If Native Americans lose a lawsuit against a drilling lease, they must pay the oil companies' court costs: 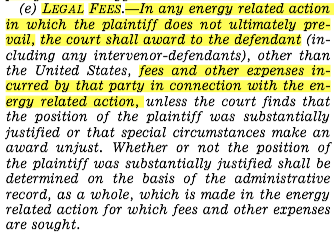 Current law says the Secretary of the Interior needs to approve drilling projects on Navajo Nation land; Section 5008 reverses the law and extends the length of drilling leases by making the following edits:

H.R. 2728 will not become law, President Obama would veto the bill.

TITLE I: Only States Can Regulate Fracking Introduced by Rep. Bill Flores (TX-17)

If a State has any regulations in place, the Federal government cannot enforce any additional regulations: 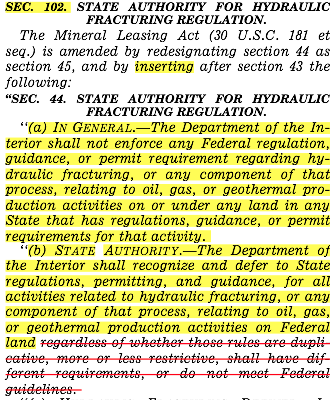 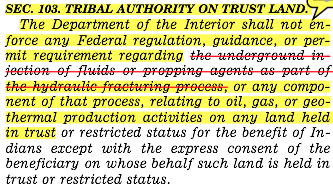 The government would create a rigged study that examines only the benefits of fracking (added by amendment): 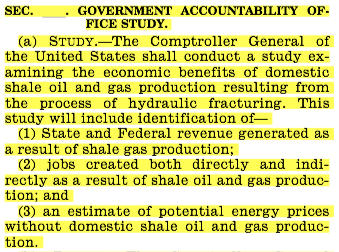 Adds extra work to Environmental Protection Agency studies of fracking chemicals in drinking water by requiring the studies to be peer reviewed and held to a higher standard: 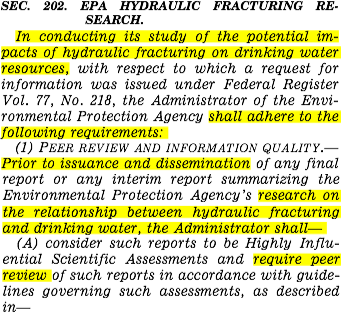 EPA studies on fracking chemicals in drinking water need to point out their own weaknesses: 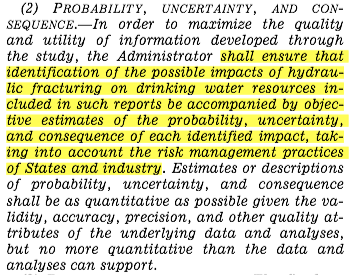 H.R. 1900 will not become law; President Obama would veto the bill.

Permits for natural gas pipelines must be decided in under 1 year: 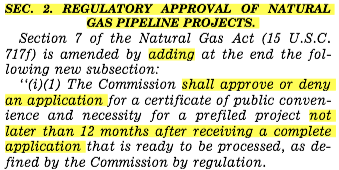 Agencies responsible for determining if a natural gas pipeline is in the public interest will have 90 days to decide after the environmental review is complete:

If the agency does not decide within 90 days, the permit will be automatically issued on the 120th day:

Representatives Discussed in This Episode

Representatives Quoted in This Episode

Intro and Exit Music: Tired of Being Lied To by David Ippolito (found on Music Alley by mevio)

Which Side Are You On by Pete Seeger

As Environmentalists Walk Out of UN Talks, Top US Envoy Says No to Reparations for Climate Damage, Democracy Now!, November 22, 2013.