On July 19, 2003, the House of Representatives passed a bill that would largely eliminate the Federal government's role in K-12 education and expand the number of charter schools in the United States.

H.R. 5: Student Success Act's stated purpose is to undo a portion of the 2009 stimulus bill (the American Recovery and Re-Investment Act) called Race to the Top, along with a program that Race to the Top helped enact in most of the United States. Common Core Race to the Top was a $4.35 billion contest between the States. Financial prizes were awarded to states based on school performance, teacher performance, data reporting, among other factors; one of the most critical factors was the adoption of Common Core standards. Common Core standards are national minimum standards for English and math education that are intended to be adopted by the entire country. The standards were cleverly implemented. In 2009, the National Governors Association Center for Best Practices and the Council of Chief State School Officers wrote the standards and then copyrighted the text. By copyrighting the text, the authors ensured that the standards could not be changed by individual states after their adoption, which in effect, created a national standard. The next step was to get the states to adopt the standards. That's where Race to the Top came in. In order to be eligible to participate in the Race to the Top contests, States had to adopt the Common Core standards. All but five states did; Texas, Virginia, Alaska, and Nebraska refused to participate. Minnesota adopted English standards, but not math. Essentially, the States had a choice whether or not they would participate in implementing a national standard for education; Race to the Top gave the States incentives and the push mostly worked. [caption id="attachment_820" align="aligncenter" width="645"] 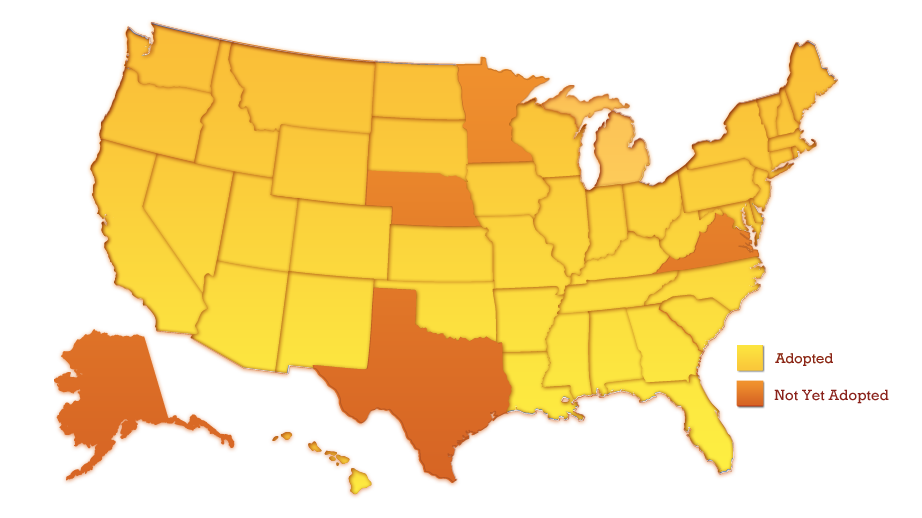 Common Core has been adopted in most states[/caption] Since then, a concentrated effort to stop Common Core has emerged; Alabama, Georgia, Indiana, Michigan, Oklahoma legislatures are actively trying to stop implementation. H.R. 5 would help the haters get rid of the Common Core national standards and put control of education policy firmly in the hands of individual states:

In fact, the bill aimed to take the Federal government out of all aspects of education:

Charter Schools One aspect of Race to the Top would continue, however, is the provision lifting the caps on the number of charter schools. In fact, the expansion of charter schools is a clearly stated goal of H.R. 5:

"It is the purpose of this subpart to - (2) provide financial assistance for the planning, program design, and initial implementation of charter schools; (3) expand the number of high-quality charter schools available to students across the nation; (page 257)

Addresses some of the criticisms of charter schools: