CD040: History of the Department of Homeland Security

The Department of Homeland Security (DHS) and the Transportation Security Administration (TSA) did not exist before September 11, 2001. In this episode, we look back at the bills that created these new government agencies.

The stated purpose was to consolidate all departments related to "homeland security" into one cabinet in response to the September 11 attacks. Twenty-two agencies were brought into the new department:

Total Information Awareness programs were split up and transferred to private contractors hired by the NSA. What are fusion centers?

Fusions centers collect state and local information from license plate readers Secure Communities collects the fingerprints of everyone who has been arrested Private intelligence companies such as Stratfor do surveillance work for private corporations, the Department of Homeland Security, the military, and intelligence agencies. Democracy Now episode from October 3, 2012

Democracy Now episode from May 4 2006 about immigration prisons

Watch the September 11 hijackers walked by - not through- the metal detectors monitored by employees of Argenbright Security. Huntleigh, the subsidiary of Israeli firm ICTS International, was the security firm at Boston Logan airport on September 11, 2001. Both of the planes that hit the World Trade Center in New York City originated from Boston Logan International Airport & all the hijackers went undetected through security managed by Huntleigh. After airport screening operations were federalized, Huntleigh sued the United States for it's lost business, calling the federalization "unfair". The Screening Partnership Program allows airport security operations to be re-privatized. Sixteen airports currently have private security. 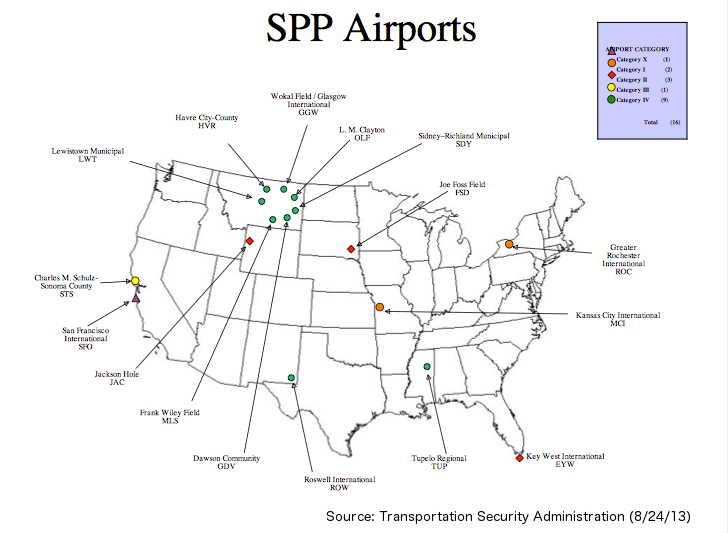 Section 147 of the Aviation and Transportation Security Act limited liability for the owners and operators of the World Trade Center and New York City for the events of September 11:

Domestic Security Bill Riles 9-11 Families, New York Times, November 26, 2002. Information regarding the history of the World Trade Center construction, New York City building codes, and the death tolls from the World Trade Center on September 11, 2001 were from The Untold Story of the Fight to Survive Inside the Twin Towers by Jim Dwyer and Keven Flynn. Democracy Now episode from September 1, 2005: Hurricane Katrina exposed the dis-function of the Department of Homeland Security

Representatives Quoted in this Episode